Jordanian national Abu Musab al-Zarqawi wanted to participate in the Soviet-Afghan war. He traveled to Afghanistan but the Soviet troops have already departed from the said country at the time of his arrival. He returned to his own country not long after but eventually traveled back to Afghanistan.

In 1999, al-Zarqawi established an Islamic militant camp near the province of Herat. His group was called Jama?at al-Tawhid wa-al-Jihad which translates into Organization of Monotheism and Jihad. His followers were mostly composed of Jordanian and other Sunni Jihadist militants.

Al-Zarqawi held extremist beliefs. He considered the Kingdom of Jordan as un-Islamic and intended to overthrow it. His group soon gained notoriety in the early phases of the Iraqi insurgency for their actions. They were known for suicide bombings and mortar attacks. They also launched attacks using small arms and rocket-propelled grenades, planted improvised explosive devices, kidnapped people and beheaded them. They were known to post video recordings of their activities on the Internet.

The Iraqi Shia Muslims, Iraqi Security Forces, Kurdish religious and political figures, and Iraqi interim officials were the usual targets of the group?s activities. It was also not uncommon for humanitarian and United Nations workers as well as foreign civilian contractors to become victims of the group?s actions. 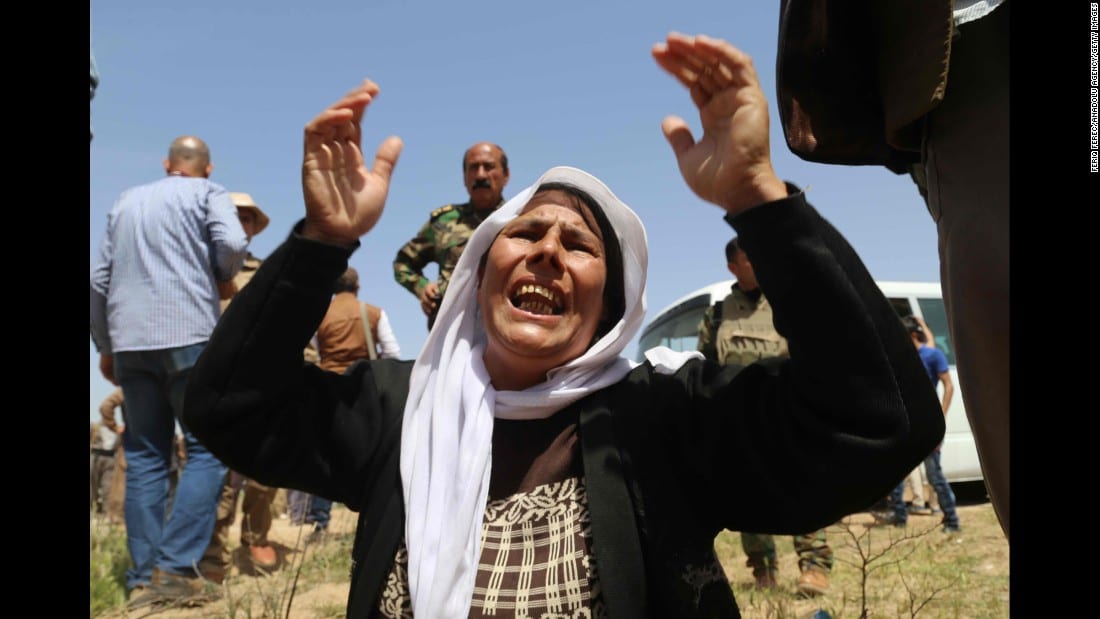 In October 2004, al-Zarqawi pledged allegiance to Osama bin Laden and his group became officially affiliated to al-Qaeda. By this time, the group changed its name to Tanzim Qaidat al-Jihad fi Bilad al-Rafidayn which means Organization of Jihad?s Base in Mesopotamia. It was also known as al-Qaeda in Iraq (AQI).

The group?s operation against American convoys, civilians, Iraqi government and security forces as well as foreign soldiers and diplomats. They also planned to remove US forces from Iraq and take control of it, clash with the country?s secular neighbors, establish Islamic authority as a caliphate and create a conflict with Israel.

The US launched Operation Phantom Fury in Fallujah the following month to target the leaders of AQI, but the latter managed to escape safely from the siege.

AQI declared an all-out war against Shia Muslims in Iraq in November 2005. Signs of a conflict between the local Iraqi Sunni Arab rebel groups also emerged. The former wanted to restore the Sunni influence in the national government which was opposed by the latter as they were aiming for a theocratic government. Al-Zarqawi also stated that they will kill the people who will participate in national politics together with the Kurds and Shiites.

In January 2006, AQI wanted Iraqi Sunni secular and nationalist groups to join their militant organization. However, the latter were discouraged to do so due to AQI?s fundamentalist doctrine and violent attacks against civilians. In an attempt to provide AQI with a local flavor, the group created an umbrella organization called Majlis Shura al-Mujahideen fi al-Iraq or Mujahideen Shura Council.

The council was formed from the union of AQI and five other insurgent groups namely Jaish al-Tai?fa al-Mansurah, al-Ahwal Brigades, Katbiyan Ansar al-Tawhid wal Sunnah, al-Ghuraba Brigades and Saray al-Jihad Group. They also encouraged other Sunni Muslim tribal leaders to join the organization in order to protect their people and religion and prevent strife and bloodshed among them.

However, al-Zarqawi and his spiritual adviser Sheik Abd-Al-Rahman perished in an airstrike by American warplanes on June 6, 2006. An Egyptian militant named Abu Ayyub al-Masri, who was also known as Abu Hamza al-Muhajir, replaced al-Zarqawi as the leader of the group.

In September 2006, the militant group was met with resistance from tribal leaders in Anbar province. The tribal leaders were encouraged to lead an open war campaign against the militant group by salaries and cash gifts from the Iraqi government. In September 2006, a number of tribes and sub-clans formed alliances against AQI with the main purpose of expelling AQI from the Anbar province. By the end of the month, the independent Iraqi tribes were able to achieve their aim.

A group called the Mutayibeen Coalition was formed in October 12, 2006. It was composed of the Mujahideen Shura Council, Jund Al-Sahaba, Kataib Ansar Al-Tawhid wal-Sunna, Jaysh Al-Fatihin and six other Anbar Sunni tribes that were alleged to be loyal to the militant group.

The Mujahideen Shura Council was officially disbanded in November 2006 in favour of the Islamic State of Iraq.

The Mujahideen Shura Council and its allies established the Islamic State of Iraq in October 2006. It planned to establish a Sunni caliphate that would encompass most of the places located in western and central Iraq where most Sunni Arabs reside such as Baghdad, Wasit, Anbar, Salaheddin, Babel, Dyala, Niniveh and Kirkuk.

Its goals were practically the same with that of its predecessor, AQI. Abu Omar al-Baghdadi was its emir or leader while Abu Ayyub al-Masri, who was the leader of AQI, became a military commander and eventually, a Minister of War. Another prominent member of the group was Abdullah al-Janabi who was the group?s Minster of Security.

Offensive attacks were launched continuously against the ISI. Numerous high-level members were either killed or captured in the Iraq War troop surge in 2007. The group were also expelled from their military bases in Anbar, Baghdad, and Diyala. The number of its members also declined in 2008 due to its violent attempts in governance which alienated Sunni Arab Iraqis and other insurgent groups.

Omar al-Baghdadi and al-Masri were killed in a raid conducted by the combined US and Iraqi forces in April 2010. Abu Bakr al-Baghdadi assumed the leadership of the group with Abu Abdallah al-Husseini al-Qurashi acting as his deputy. 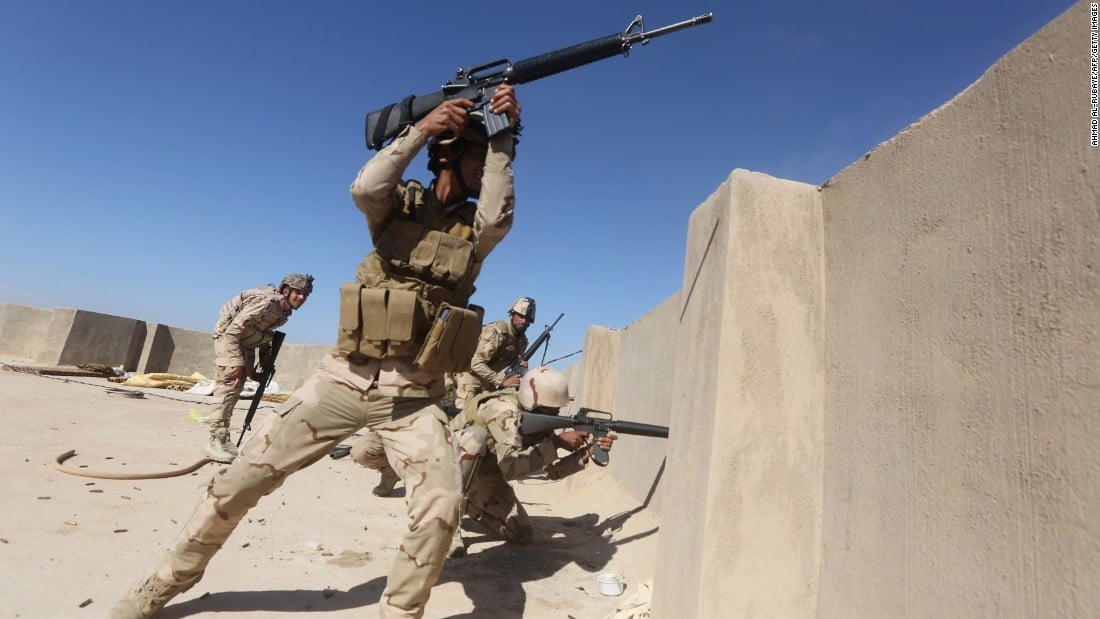 When the protests against the Syrian government of Bashar al-Assad escalated into a civil war, ISI sent its experienced members to Syria to establish a militant group. Abu Muhammad al-Julani established Jabhat al-Nusra li Ahl As-Sham or The Support Front for the People of Al-Sham. Its members were primarily composed of Syrian jihadists.

More commonly known as the al-Nusra Front, it aims to overthrow the current Syrian government and replace it with an Islamic emirate under sharia law. A top ranking official named Sami al-Oraydi stated that the group was primarily influenced by the teachings of Abu Musab al-Suri, an Al-Qaeda member. These include providing services to people, maintaining strong relationships with other fighting groups and local communities, avoiding being seen as extremists and focusing on fighting the government. However, the group has been known to commit acts that go against these teachings.

The group adopted a new set of goals in 2015. They decided to integrate their movements better within the Syrian revolution and its people, cease any activity related to attacking the West, closely coordinate with all Islamic groups, find strategic places in the country and convert these into al-Qaeda bases as well as help establish a sharia judicial court system all throughout Syria.

Islamic State of Iraq and Syria

Al-Baghdadi declared in April 2013 that ISI and the al-Nusra Front will be merging and that the new group will be called the Islamic State of Iraq and Syria. Al-Julani complained that nobody consulted the leaders of the al-Nustra Front regarding the merger and denied it, which resulted in some tension between the groups.

Al-Qaeda?s leader Ayman al-Zawahiri intervened to diffuse the conflict and ruled against the merger. However, al-Baghdadi rejected al-Zawahiri?s ruling and declared that the merger will push through. The group then proceeded to conduct prison raids to free their captured members particularly in Abu Ghraib and Taji.

Al-Zawahiri instructed al-Baghdadi to disband ISIS and let the al-Nustra Front lead the operations on Syria. Al-Baghdadi refused to heed al-Zawahiri?s ruling and continued their war efforts. As a result, al-Qaeda cut its ties with ISIS after about eight months of power struggle between the two leaders.

The organization proclaimed itself as a worldwide caliphate in June 2014 with Abu Bakr al-Baghdadi as its caliph. He became known as Amir al-Mu?minin or Caliph Ibrahim among his followers.