Baghdadi declares the merger of Al-Qaeda in Iraq and al-Nustra Front to create a large organization named Islamic State of Iraq and Syria. The administration of al-Nustra rejected the declaration and a conflict between the leaders of ISIS and Al-Qaeda arose.

Several rebel groups, together with the al-Nustra Front, defeated and expelled ISIS fighters from various towns and cities. On the other hand, ISIS gained control over Fallujah and Ramadi in Iraq which were previously considered as Sunni strongholds. While the Iraqi government was able to regain control of Ramadi, Fallujah remained under the group?s rule all throughout the year. 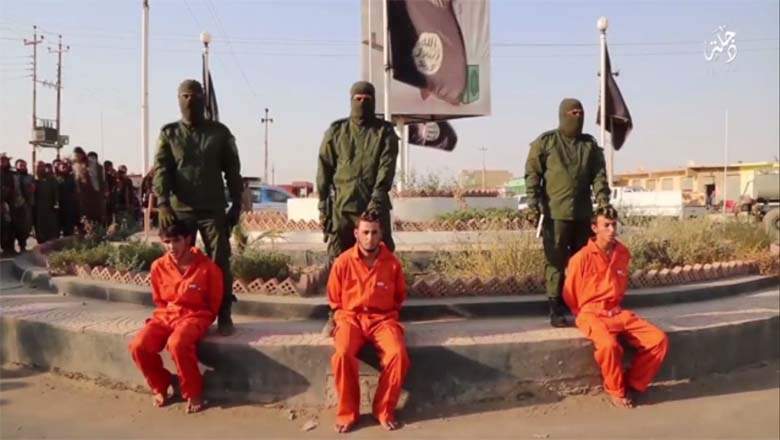 Mosul, the second largest city in Iraq, fell under control of ISIS. This can be considered as an unexpected and enormous blow to the Iraqi government since the city is a major player in the country?s oil industry. They robbed banks and took control over military and government buildings, airports and police stations. Sunni insurgents who were imprisoned were released by the group from prison.

Together with other Sunni groups, ISIS conquered the province of Tikrit where Iraq?s largest oil facility was located. As the group conquered other areas, Iraq?s senior Shiite religious leader named Grand Ayatollah Ali Sistani requested all Iraqis to fight ISIS. Thousands of Shiites heeded the call but were brutally defeated and massacred by the group.

As time progressed, ISIS continued to gain more territories in the western and northern parts of the country, which forced other nations to take action. The US, for example, deployed 300 military advisers to Iraq but refused to send dedicated combat units.

ISIS declared itself as an Islamic State with the provinces of Nineveh and Anbar as its caliphate.

The group announced that Christians in Mosul who refused to convert to Islam would be killed. The provinces of Sinjar, Wana, and Zumar fell under their control and threatened to exterminate Yazidis who they consider as heretics. As a result, almost all members of these religious and minority groups fled from the places under ISIS rule. The militants then proceeded to loot the vacant houses for jewelry, money and other personal effects.

The US government authorized air strikes in Iraq to protect its citizens and facilities. They also dropped medicines and food to the stranded Yazidis in Mount Sijar.

A graphic video which showed the beheading of American James Fowley was released by ISIS. It was done as retaliation against the air strikes that were conducted by US. Fowley was a journalist who was abducted in Syria in 2012. The group threatened to kill another American hostage if the air strikes continued.

About two weeks later, another video surfaced which revealed the beheading of Steven Sotloff, another American journalist who went missing in Syria in 2013. ISIS gained control of Aleppo province.

Several Syrian rebel groups started to condemn ISIS and its brutal acts. Leaders of Ahrar al-Sham and the Free Syrian Army were said to be killed by ISIS. Al-Qaeda also cut its ties from the group due to their attacks against other Muslims.

David Cawthorne Haines, a British aid worker, was the third person who was beheaded by ISIS. Women were treated brutally and rape was used by the group as weapon in war. Young girls were also forcefully married to the militants. Iraqi lawyer Sameera Salih Ali al-Nuaimy, an advocate for women?s rights, was tortured and publicly executed.

The militant organization continued to gain territories in the northern parts of Iraq. Schools were forced to adopt a strict Islamic curriculum and the group established a religious police force called the ?Islamic Police of the Islamic State of Iraq?.

Sixty countries including Bahrain, the United Arab Emirates, Jordan, Saudi Arabia, and Qatar joined the campaign against ISIS. The group?s training camps and bases in Raqqah were the primary targets of the Arab-led air strikes.

ISIS suffered defeats from Kurdish forces called pesh merga and from a coalition of Shiite militia who were assisted by the air strikes. As a result, ISIS lost territories in Iraq such as Kirkuk and Daquq.

The Kurdish town Kobani was sieged by ISIS which caused its inhabitants to flee to Turkey. The massive exodus created a humanitarian crisis which caused Turkey to close its border with Syria. The militant group also killed Alan Henning, a British taxi driver who provided help to Syrian refugees.

Prime Minister Abadi attempted to reconcile with Sunnis. This gesture prompted them to fight against ISIS together with Shiite militia and freed the Diyala province.

Ansar Beit al-Maqdis, a militant organization based in Egypt, swore its allegiance to ISIS. This expanded the group?s network and increased its available resources. American Peter Kassig, founder of the Special Emergency Response and Assistance Program who provided assistance to refugees, was killed by the militants.

In Paris, Amedy Coulibaly held hostages at a supermarket. Although he was killed, four other hostages perished as well. A video was released after his death which showed him swearing allegiance to ISIS. The militant organization continued to use social media and the internet to spread propaganda and recruit members.

Kobani was liberated from ISIS by the Kurds with the help of air strikes. On the other hand, three jihadist groups in Libya swore their allegiance to ISIS.

The US proposes to launch a three-year campaign against ISIS. It included limited ground troops and airstrikes but excluded participation in offensive ground combat activities.

Boko Haram, an Islamist group that is based in Nigeria, swore allegiance to ISIS. On the other hand, Shiite militias together with Iraqi troops and Sunni fighters defeated ISIS and expelled them from Tikrit. It was considered to be a strategic and symbolic victory for the Iraqi troops as they were able to accomplish this feat without the help of air strikes.

Ramadi in Iraq and Palmyra in Syria both fell under ISIS rule. The militants also killed at least 20 Ethiopian workers in Libya who were believed to be Christians. 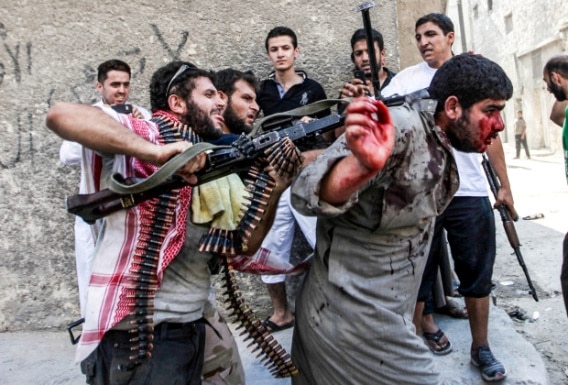 Air strikes were continually launched by the US from Turkey.

The Temple of Baalshamin, a well-preserved 5th century Roman Catholic monastery, and other important antiquities in Palmyra were destroyed by ISIS. They also killed the former director of antiquities Khaled Asaad after allegedly torturing him for additional information regarding undiscovered treasures in the ancient city.

Fifty-seven people at mosques were killed in two separate suicide bombing incidents in Yemen. This act was done by a militant group that was affiliated to ISIS.

Towards the end of the month, an Italian aid worker was shot and killed in Dhaka. This was followed by the death of a Japanese man in Bangladesh less than a week later. Both deaths were claimed to be done by ISIS.

More than a hundred people were killed in two coordinated explosions which happened during a rally for peace in Ankara. The Turkish government placed the blame on ISIS for this terrorist attack which was considered to be the worst one in the country?s history.

A Russian passenger plane was bombed. A jet that took off from Sharm el-Sheikh in Egypt crashed after being airborne for 20 minutes, taking the lives of 224 people on board.

An ISIS affiliate group in Egypt called Sinai Province of the Islamic State claimed responsibility for both acts.

Tashfeen Malik swore her allegiance to ISIS on Facebook. A short time after, she and her husband Syed Rizwan Farook launched an attack on a social services center in San Bernardino, California. Fourteen people perished in the attack and 21 others suffered injuries. Iraqi strengths retake a focal government complex in Ramadi, saw as the last real obstacle in the push to remove ISIS from the city.

An attack was launched on Istanbul in which ISIS claimed responsibility for it. This led up to the death of up to 10 people. Turkey responded back by killing over 200 ISIS militants. 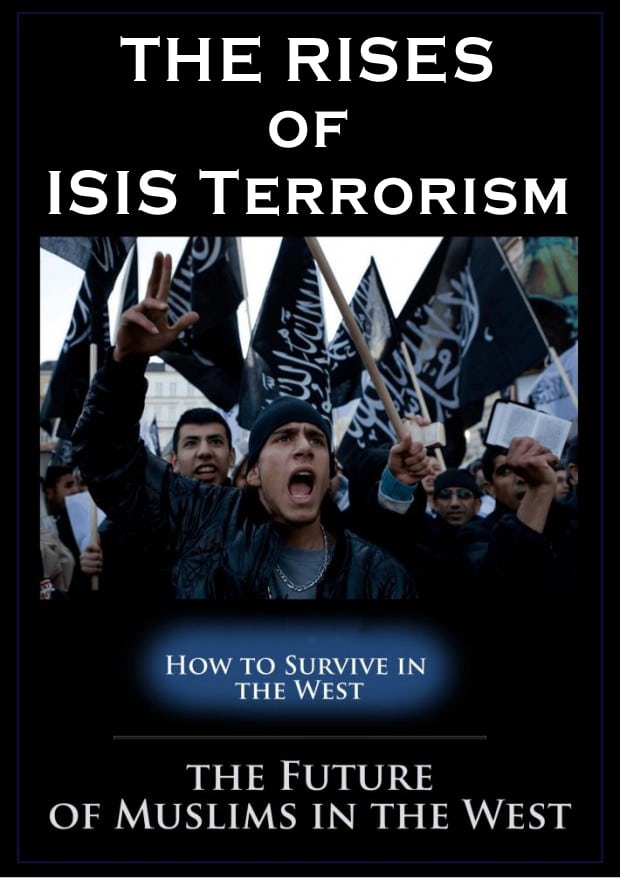